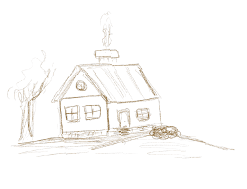 A Taste of Home

Whether it’s a family dinner for 6, an office gathering for 20, or a cocktail reception for 100, Carrington can create the perfect menu for you. Together with her team, she will deliver food before your event, and is even available to stay and serve if desired.

Order now for a complete supper your family on these cold winter’s nights!

Stay warm, relax & simplify
with these healthy and delicious
Fork and Spoon Suppers

each meal includes a bread and salad*
Beef or Vegetarian Chili

(Unlimited flavor possibilities and sizes are available, including those listed below. Standard sizing is an 8″ 2-layer cake or one dozen cupcakes.)

Price determined by choice of vegetables 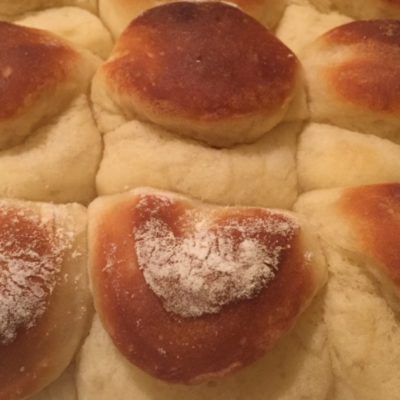 “I always try to keep several items in the freezer to serve with cocktails. Her sweet potato biscuits with country ham are a favorite as are the cheese wafers. The blue cheese and fig crackers are savory and sweet. Always a popular hors d'oeuvre. These are just a few of Carrington's items that are my favorites. She usually is able to prepare almost anything I ask for and it always is delicious.” 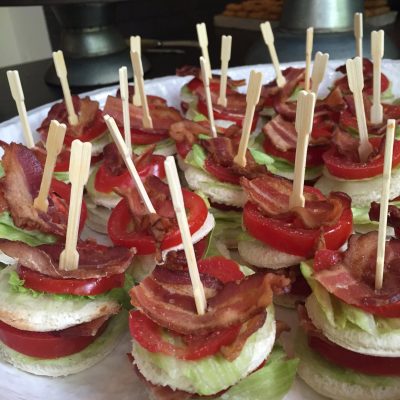 “Carrington’s food is not only creative and delicious, she is a joy to work with and have in your home. My favorites are the blue cheese fig bites and the unique red velvet (with raspberry!) cupcakes. I have used her for everything from pick-up treats to fully catered events, all to rave reviews and fun times.” 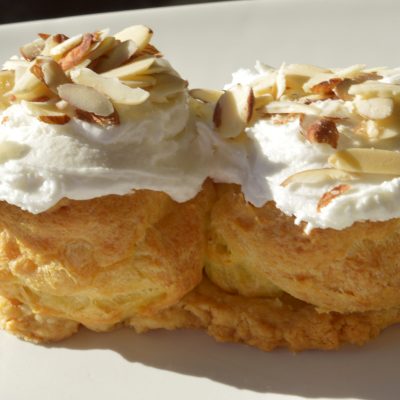 “Carrington's food is absolutely delicious with fabulous presentation. My family especially loves her sweet potato biscuits which are a mainstay of our Thanksgiving dinner. Her recipes are extraordinary and perfect for any special occasion.” 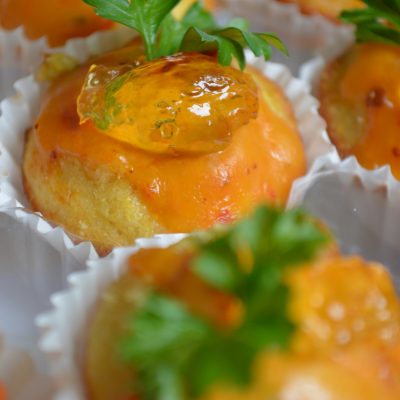 “Carrington’s food is delicious. From country ham and biscuits to a Christmas, Buche de Noel she caters all my family get togethers while making it seem like Mom is in the kitchen!" 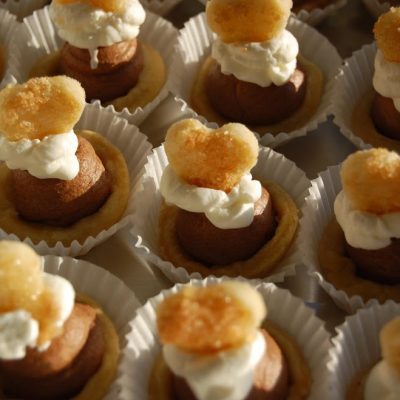 “My whole family enjoys Carrington's special treats and healthy meals! Both of my children have had to adhere to strict diets and Carrington has helped make my life easier by allowing us a greater variety of tasty, healthy choices, while still following the very specific dietary requests I've had! She has always been happily ready to accommodate our special needs and her food never disappoints!" 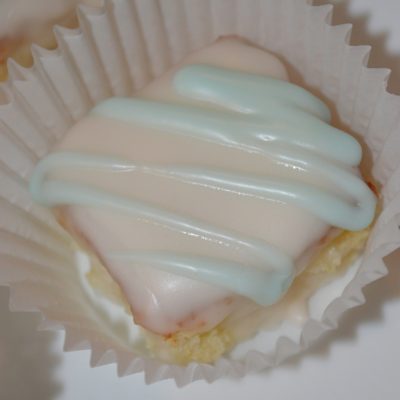 “Stopping by Carrington's booth at the Farmer's market has become a weekend ritual. I wake up on Saturday morning thinking about the light fluffy homemade scone bursting with fresh blueberries. Once I'm there, I am powerless to resist her berry tarts and pies which feature the absolute best pie crust I have ever tasted." 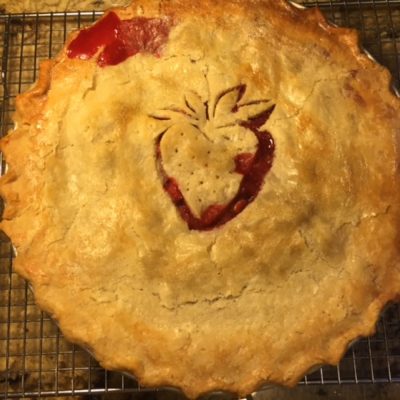 "Carrington strikes the balance of professional and personable, meticulous and imaginative, creative and completely reliable. She had me at lemon cookies. 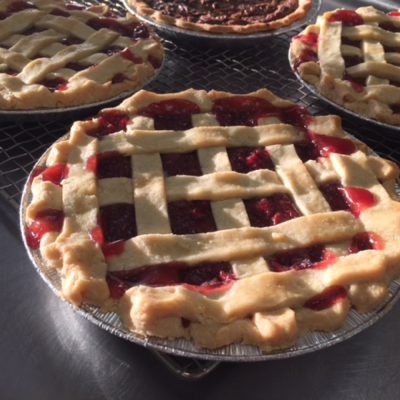 "I love Carrington. She is a delight. And makes me look good! I work fulltime and have a young son. People always ask me (usually stuffing their face with a sweet potato biscuit) – did you make these? I say no, but I made them possible! And then I am quick to share Carrington’s information. Everything is of course delicious, wholesome and presented exquisitely. Added bonus – she is reliable, fun to work with and loves helping create moments through food and entertaining.” 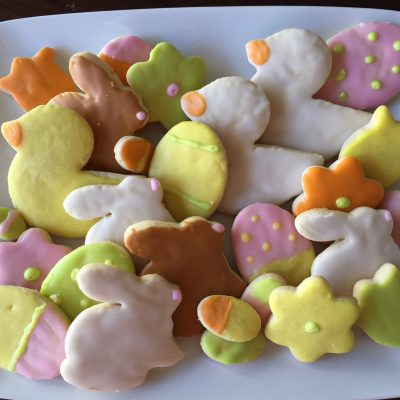 "Quite simply, Carrington was born to bake! She is passionate about her craft which she performs in a meticulous, creative manner. Carrington is also dedicated to the use of local produce and natural ingredients. Many of her recipes are derived from her old Virginia roots where cooking was an art not a necessity. She is steadfast in her dedication to a pleasing presentation, particularly with her platters in the catering aspect of her business. A ‘people person,’ she listens to her clients carefully when working together to create menus to fit their wants and desires. You will be more than satisfied with her stunning, delicious creations!” 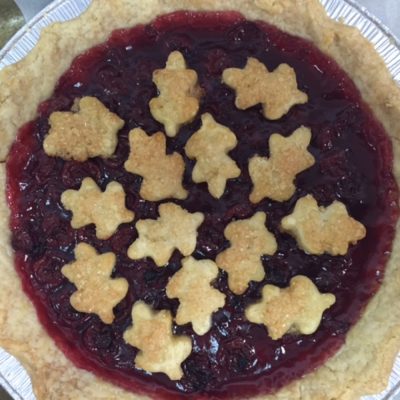 "Any creation from Carrington's kitchen is a treat! I have called on her for everything from Thanksgiving dinner to "emergency croutons." And everything in between. Every recipe has been perfected, and while I can't be sure, I think the secret ingredient is the goodness of the heart that prepared them." 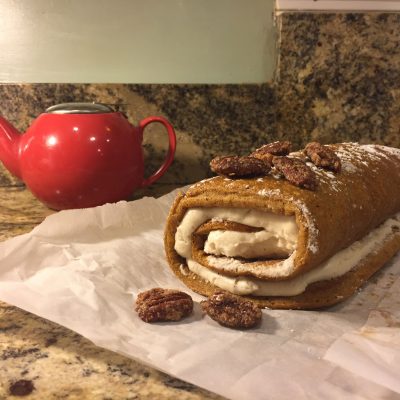 "Carrington’s tea delights have absolutely made my tea parties. The lemon cookies are one of my favorites, so light and fresh tasting. Everything is prepared well and elegantly presented. I love the way she customized my order. Carrington you are simply the best!” 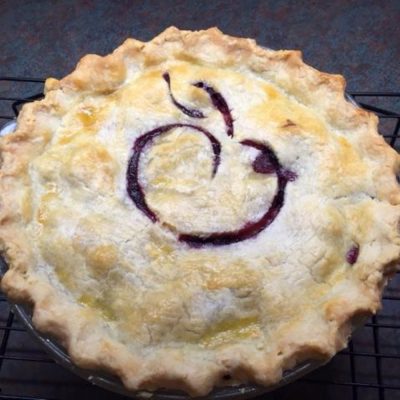 "Carrington Wise is one of my all-time favorite chefs. I have been very fortunate to call on her to cater a wide variety of events ranging from a quiet evening at home with scrumptious comfort food to the most outrageous bug-themed birthday party a little boy could ever want. That particular celebration is still being talked about almost seven years later - by the adult guests and the children!

We remember the incredibly delectable cakes Carrington made, which were as beautifully whimsical as they were delicious. The design work she crafted into her presentation was unbelievable! People walked in with their jaws wide open. None of us were ready for the hand-crafted AND edible bees silently buzzing about a two-foot tall banana beehive cake, ants made of dark chocolate almonds that scurried about the cake table, or the moving butterflies which graced the woodsy décor. Stunning presentation that tasted even better than it looked!
Carrington has even helped me with meals at home when I had to be a one-woman show for my three children (who need to move in eight different directions all at once) while my husband traveled. She would deliver the meals to my job on time and in good, secure packaging that didn't leak in transition. The food was so tasty that my kids would request more.

I have always been very happy with the product from Carrington. Her recipes have a certain refined earthiness that I really appreciate. Her food is simple yet elegant, delicious and still beautiful. It sings with an undertone of home.

I've also had the privilege of being in Carrington's kitchen to pick up my order and you can trust that it is clean. Trust is just as important as taste. Finally, as a culinary school graduate and well-traveled Southerner myself, you can know that my palate is impressed only by the best. Carrington Wise is just that - the best.” 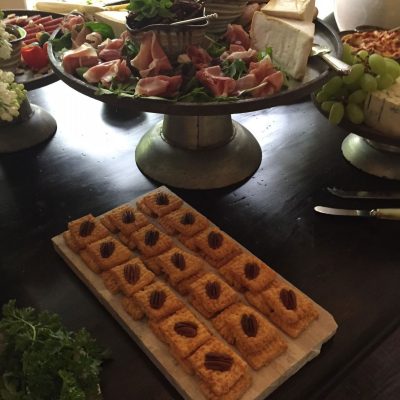 "Carrington's Creations offers a perfect fusion of modern creativity with soul-warming comfort -- the ideal culinary choice for young sophisticates and their parents!

The epitome of calm, good humor and assuredness, Carrington and her team will provide you with an excellent experience. Her food is delicious and she's a pro." 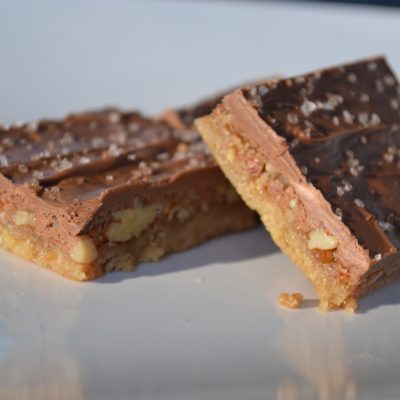 "Carrington’s Catering is top notch, original and delicious. Great for individuals and groups of
various sizes. Carrington is prompt and gracious; lovely to deal with. One of my favorites for my use and for gifts is her cheese wafers."

Let Carrington Build the Perfect Menu for Your Perfect Meal.

Call to ask about our house specialities and seasonal favorites. All orders can be customized.

Have Carrington cater your next event at home or the office.

How does any artist get her start?

Carrington’s ascent to master baker began when, as a 16-year-old, she ran across a handwritten recipe for lemon tarts that her grandmother had received from a Virginia friend.   After the fashion of her grandmother’s time, the recipe called for “a hunk of butter the size of a walnut.”  Not very precise!  Ever curious, Carrington had to see if she could make the tarts her mother had raved about so much but had found to be too much trouble to make.  Carrington replicated them successfully and that was the beginning of her awareness that she had a true gift for baking.

For more than four decades as Carrington pursued a career as a singer, music educator and choral director, she delighted family and friends by baking during holidays, for family gatherings and parties.  Then, in 2013, daughter Margaret said one day, “You know, something that always lights you up is baking.”  Carrington thought about that and decided to start Carrington’s Catering – to see if she could turn her avocation into her vocation.  Since then she has been a fixture in the Memphis Farmers Market and has catered all kinds of family, social, and business gatherings, ranging from birthday parties to holiday get-togethers to intimate Valentine dinners to board functions to wedding and funeral receptions.   She can call on a small team to help her when necessary.  And she always serves customers with joy.

This winter she had a setback when she suffered a broken neck and other injuries in an auto accident on the way to meet a client to plan a birthday party for 95-year-old twin sisters.  True to form, although Carrington herself couldn’t deliver what she promised, her children and friends pulled off the 1920s tea party for more than a hundred people, with Carrington coaching them from her hospital bed.  She spent six months recuperating.

Now she is back in action, cooking, serving, delighting others, and taking delight in doing it.