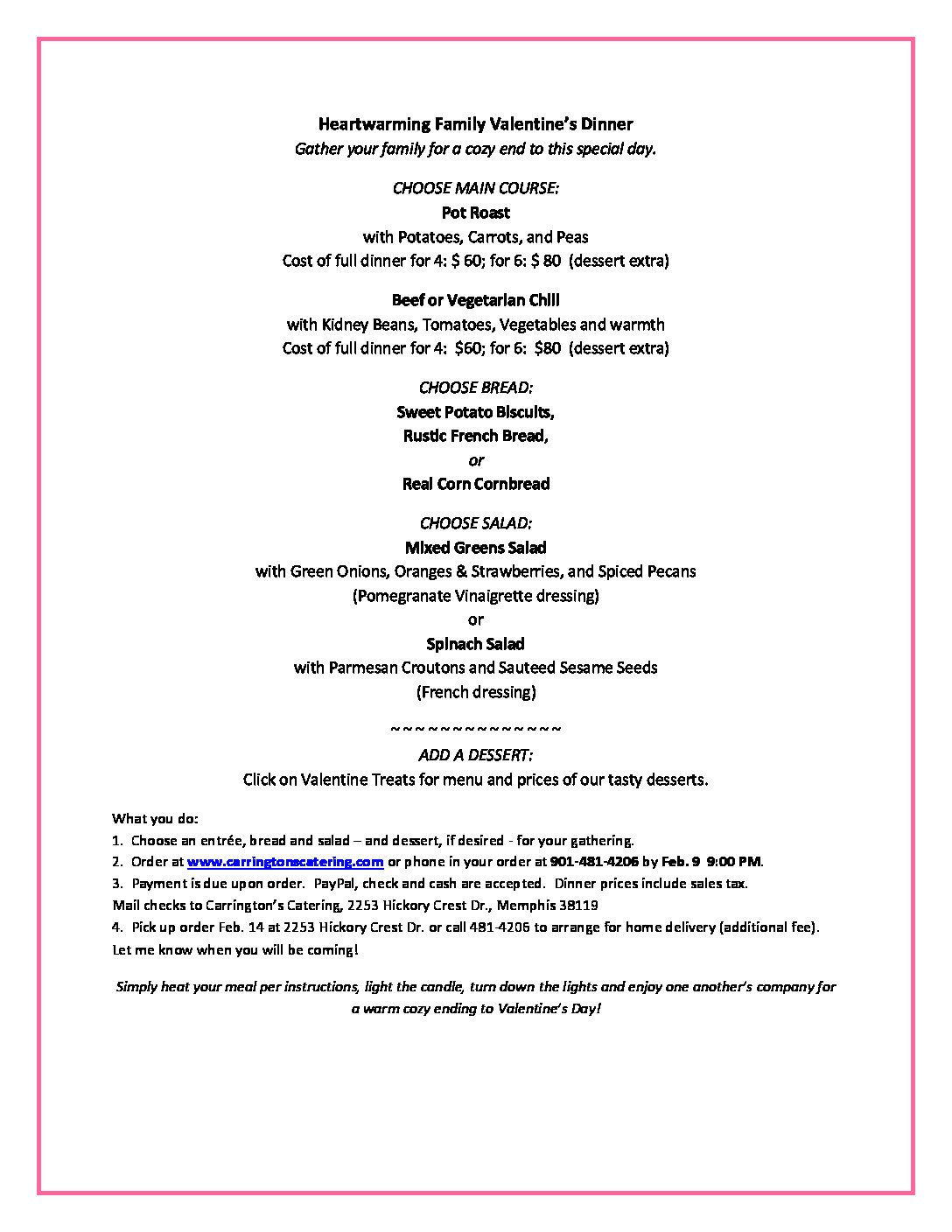 How does any artist get her start?

Carrington’s ascent to master baker began when, as a 16-year-old, she ran across a handwritten recipe for lemon tarts that her grandmother had received from a Virginia friend.   After the fashion of her grandmother’s time, the recipe called for “a hunk of butter the size of a walnut.”  Not very precise!  Ever curious, Carrington had to see if she could make the tarts her mother had raved about so much but had found to be too much trouble to make.  Carrington replicated them successfully and that was the beginning of her awareness that she had a true gift for baking.

For more than four decades as Carrington pursued a career as a singer, music educator and choral director, she delighted family and friends by baking during holidays, for family gatherings and parties.  Then, in 2013, daughter Margaret said one day, “You know, something that always lights you up is baking.”  Carrington thought about that and decided to start Carrington’s Catering – to see if she could turn her avocation into her vocation.  Since then she has been a fixture in the Memphis Farmers Market and has catered all kinds of family, social, and business gatherings, ranging from birthday parties to holiday get-togethers to intimate Valentine dinners to board functions to wedding and funeral receptions.   She can call on a small team to help her when necessary.  And she always serves customers with joy.

This winter she had a setback when she suffered a broken neck and other injuries in an auto accident on the way to meet a client to plan a birthday party for 95-year-old twin sisters.  True to form, although Carrington herself couldn’t deliver what she promised, her children and friends pulled off the 1920s tea party for more than a hundred people, with Carrington coaching them from her hospital bed.  She spent six months recuperating.

Now she is back in action, cooking, serving, delighting others, and taking delight in doing it.